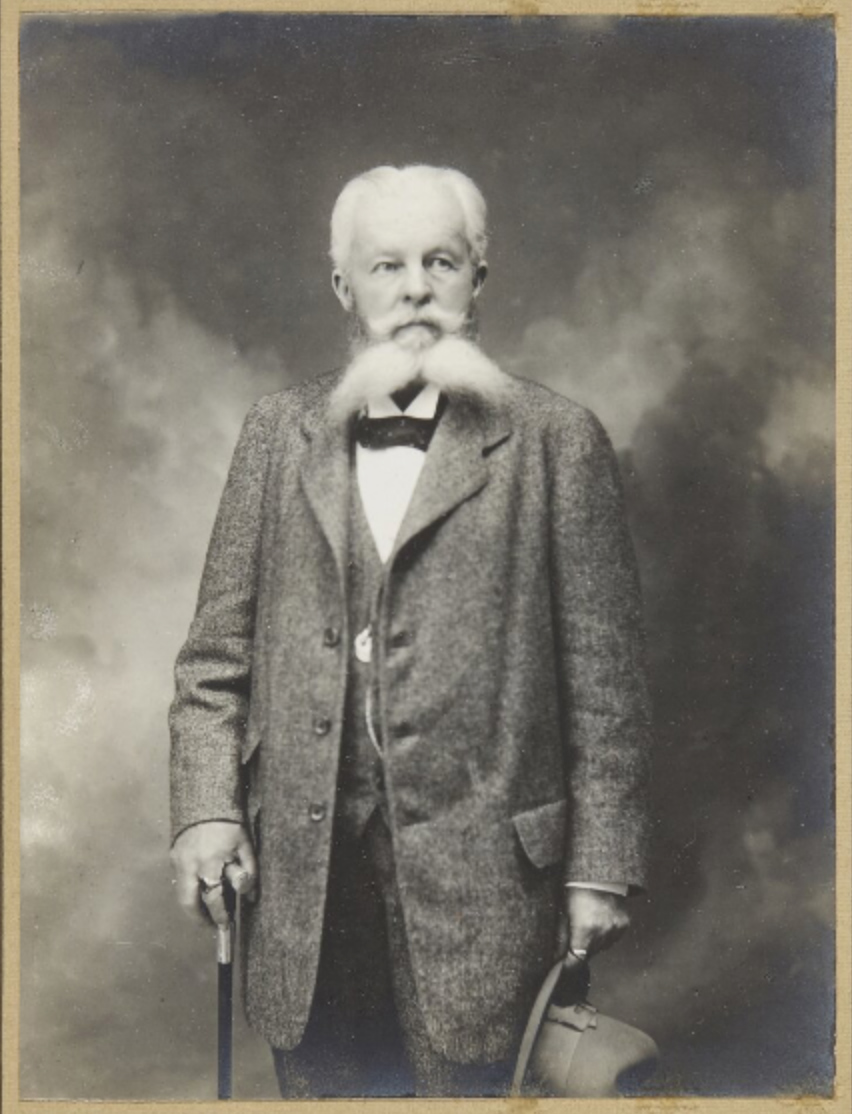 The historical data concerning Maximilian are rather scarce and some of them even contradict each other. His full name was Maximilian Joseph Friedrich Wilhelm Karl Camille Tucher von Simmersdorf and he was born on 7 April 1845 in the castle of Leitheim as the fourth among five children of Friederike Karoline Wilhelmine Camilla von Montperny (1818-1889) and Wilhelm Tucher von Simmelsdorf (1805-1875) (the lineage from the city of Donauwurth), who got married in 1835. Maximilian had two sisters and two brothers: Theodore (1838- 1916), Helena (1840-1897), Karl (1842 – 1926) and Maria (1848-?).

It can be assumed that Maximilian comes from the line of Tucher that lost its financial and social status over the years. The fact that, after marrying Friederike, Maximilian’s father, Wilhelm Tucher von Simmelsdorf, moved into his wife’s estate, which she brought into the marriage as her dowry, may be a proof of the above assumption. Friederike’s father and Maximilian’s grandfather was Marquis Montperny: Emperor Maximilian I’s court chef, who purchased the Leitheim castle from the state on the basis of the emperor’s decree after securitisation of the church’s estate in 1802. Purchasing the castle for 4100 guilder, Marquis Montperny agreed to fulfil certain investment obligations, including renovation and maintenance of the castle chapel and securing unrestricted access to the chapel for the citizens of Leitheim.

The castle houses a ballroom with perfect acoustics, where concerts of classical (especially harpsicord) music took place. The concerts were organized during Maximilian’s youth and hosted by his mother. According to relevant sources, the new owner of the castle, Wilhelm Tucher von Simmersdorf, did not take good care of the property and, as a result, its state deteriorated.

Maximilian’s education and the part of his life preceding the departure to Malta are not known. Scarce sources mention his brief military career in the Bavarian Army, where he served in the rank of lieutenant in 1866. Later on, due to poor health, he left for Malta where he settled down and found employment in his cousin Francis Tucher’s trade company.

The young Maximilian must have been doing his job well since his cousin decided to accept him as a business partner. The company changed its name to Francis Tucher & Co. and was registered at 62 Strada San Ursola in Valetta. Malta itself is a small island and so the German diaspore could not have been numerous either. It is, therefore, probable that Maximilian quickly became acquainted with the German consul, Albert Maeppel, who resided in Valetta and was his neighbor as well: Maximilian lived at 51 Molo Pietà and the consul at 55. The German consulate was one of the first diplomatic outposts established in Malta (1832). In the second half of the 19th century, Germany’s importance grew significantly as the country began developing its network of diplomatic establishments in the framework of the empire’s foreign policy.

Undoubtedly, Malta was an interesting spot since it was one of the 3 strategically located diplomatic establishments together with Gibraltar and Cyprus as they allowed the British Crown to control marine transport from Turkey, the Middle East and North Africa to Europe. During that time, i.e. in the 80’s of the 19th century, the German Empire was aggressively taking over oversea territories (colonies) in Africa. Therefore, the port of Valetta, located approximately 100 km away from the shores of Libya, where German, French and British interests clashed, was a perfect location. Being the Maepel family’s neighbour served Maximilian well, as on 5 June 1877, he married Maria Victoria Maepel, the daughter of the first German consul in Malta and a cousin of the then consul, Albert Maepel.

Due to the fact that the future husband and wife came from different religious denominations, their wedding first took place in the Bishop’s Palace and then in St Paul’s Cathedral in Valetta. The bride was Anglican and the groom – Lutheran.

The marriage with Maria Maepel was not the only reason for Maximilian to follow a career path in diplomacy. It was also his political activity, his recognizability and the status he held in the local community. Maximilian lead numerous social initiatives. In the years 1897-1914 he was the head of the Philharmonic Association in Valetta. He was also the president of the exclusive Maltese branch of the British Society of Arts, Manufacture and Commerce in the years 1899-1914. The family connections and his authority in Valetta resulted in the fact that he was chosen to serve as the General Consul in Malta in 1900. The emperor’s letters of credence for Maximilian as a consul were signed by the British Queen herself. 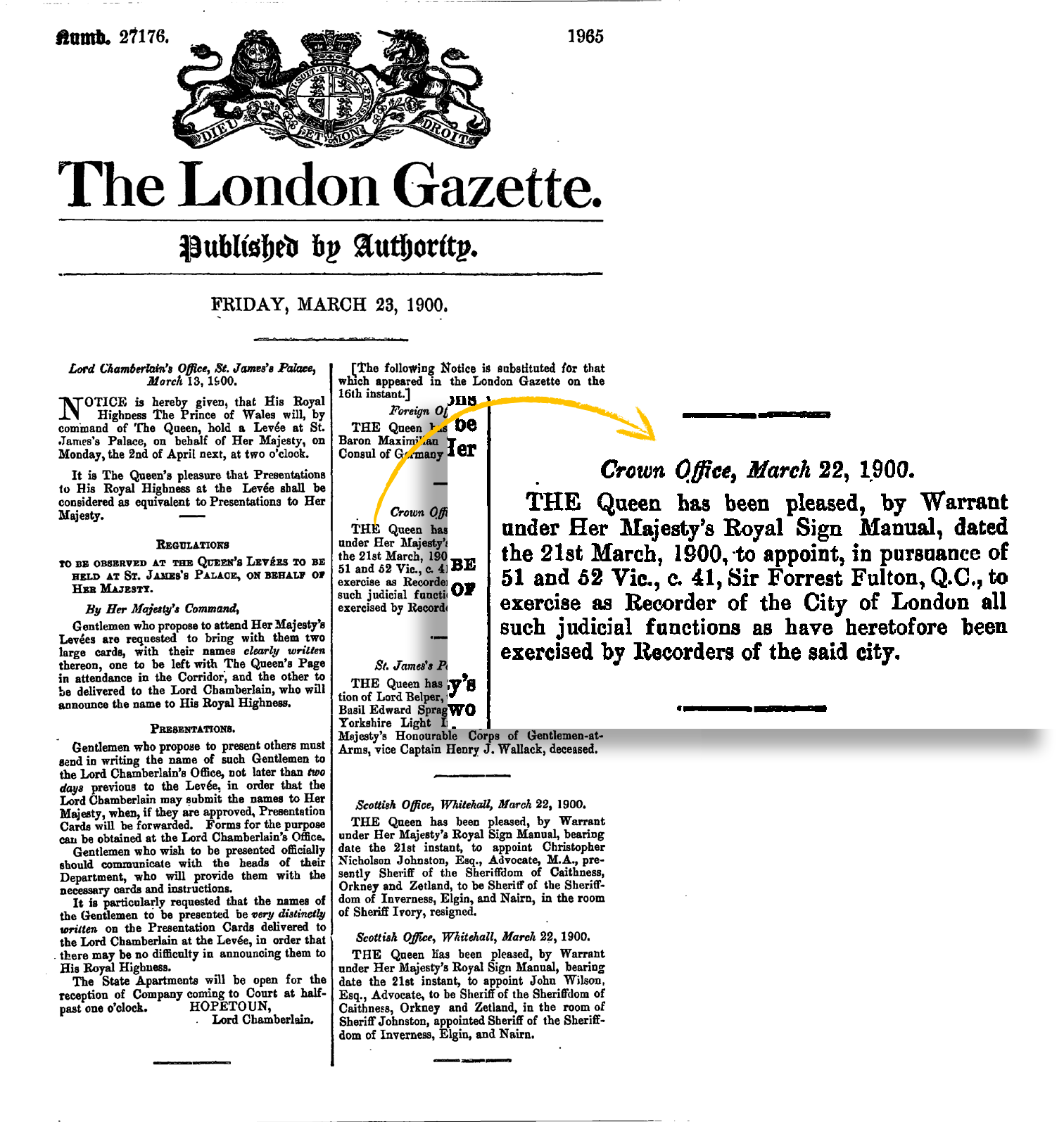 The line between diplomatic work and secret service is very thin. Taking into consideration Maximilian’s professional experience, his contacts, position and social activity, he had to be perceived as an ideal candidate for someone who would be capable of sourcing confidential information. It goes without saying that Maximilian dealt with all important persons that lived in or visited Malta during his stay in the country and his diplomatic activity since 1874. The list of such persons included representatives of the British Royal Family, German Emperor and King of Prussia Wilhelm II and his wife Augusta Victoria of Schleswig-Holstein, Tsarina Maria Fiodorovna, Governor of Malta Sir Arthur Fremantle and Admiral of the Royal Navy Sir John Hopkins. Since the emperor’s secret service possessed extensive knowledge not only in the subject of the British foreign affairs in Malta but also the movements and activities of the British Navy operating from the port in Valetta, it is quite possible that Maximilian was in fact involved in passing the information. It is not entirely clear whether the telescopes that were allegedly installed on the roof of Villa Luginsland were used by him for astronomic purposes only or also to follow the movements of the Royal Navy.

Following the spy thread, it is important to mention the name of Johann Georg Fürst. He was an immigrant from Nuremberg, painter, photographer and assistant to Maximilian while he was a consul in Malta. The suspicious fact is that, when WW1 began, Fürst was interned by the British Army and held in the fort of Verdala until 1918. The order to intern him had been sent directly from London. Other persons held together with Fürst in the fort of Verdala were Franz Joseph von Hohenzollern-Emden, the Duke of Hohenzollern-Emden (close cousin of the Habsburg dynasty) and Karl Donitz, the future commander of the Kriegesmarine in the Third Reich. Hohenzollern and Donitz found themselves in Malta as a result of a British attack on their German ship in the Mediterranean in November 1914. The living conditions in the fort were far from satisfactory, which the interned complained about. Fürst recognized Tsarina Maria Fiodorovna (an avid painter) during her visit in Malta and asked for her support. According to Russian sources, Fürst asked Tsarina to convince British officials to transfer them to Villa Luginsland! After Tsarina’s intervention, the British relocated the interned to other forts on the island, but not to Villa Luginsland.

Fürst used the time of his internment actively developing his drawing and painting skills. He even organized an art exhibition that glorified Germany. He painted postcards, which he was allowed to send to his friends in Europe. In 1918, once WW1 was over, Fürst was freed but forced to leave Malta. He returned after several years and continued his artistic career staying in close touch with Donitz. Fürst’s English language skills brought him closer to a young British lord staying in Malta: Louis Mountbatten (future Admiral of the Royal Navy, Governor of India, and, more privately, most beloved uncle of Prince Charles, the son of Queen Elisabeth II, who later died in an attack organized by IRA in 1979). Fürst and Mountbatten became so close that the lord asked him to teach him German. Lord Mountbatten did not mind Fürst’s evident radical nationalist and fascist political views and his connections with Donitz and Hess. Moreover, Fürst even organized Mountbatten’s visit to Berlin in 1938. Donitz met Fürst on several occasions on Sicily. After WW2, when Fürst tried to return to Malta, he did not receive permission to do so for a while. Only after Mountbatten’s intervention, the then Maltese Governor decided to allow Fürst back in the country. However, although he was allowed to enter Malta occasionally, he was never allowed to stay for good. The painter and photographer who was an assistant to the German consul was friends with Mountbatten, met Donitz and Hess, and Tsarina Maria Fiodorovna lobbied in his favour… 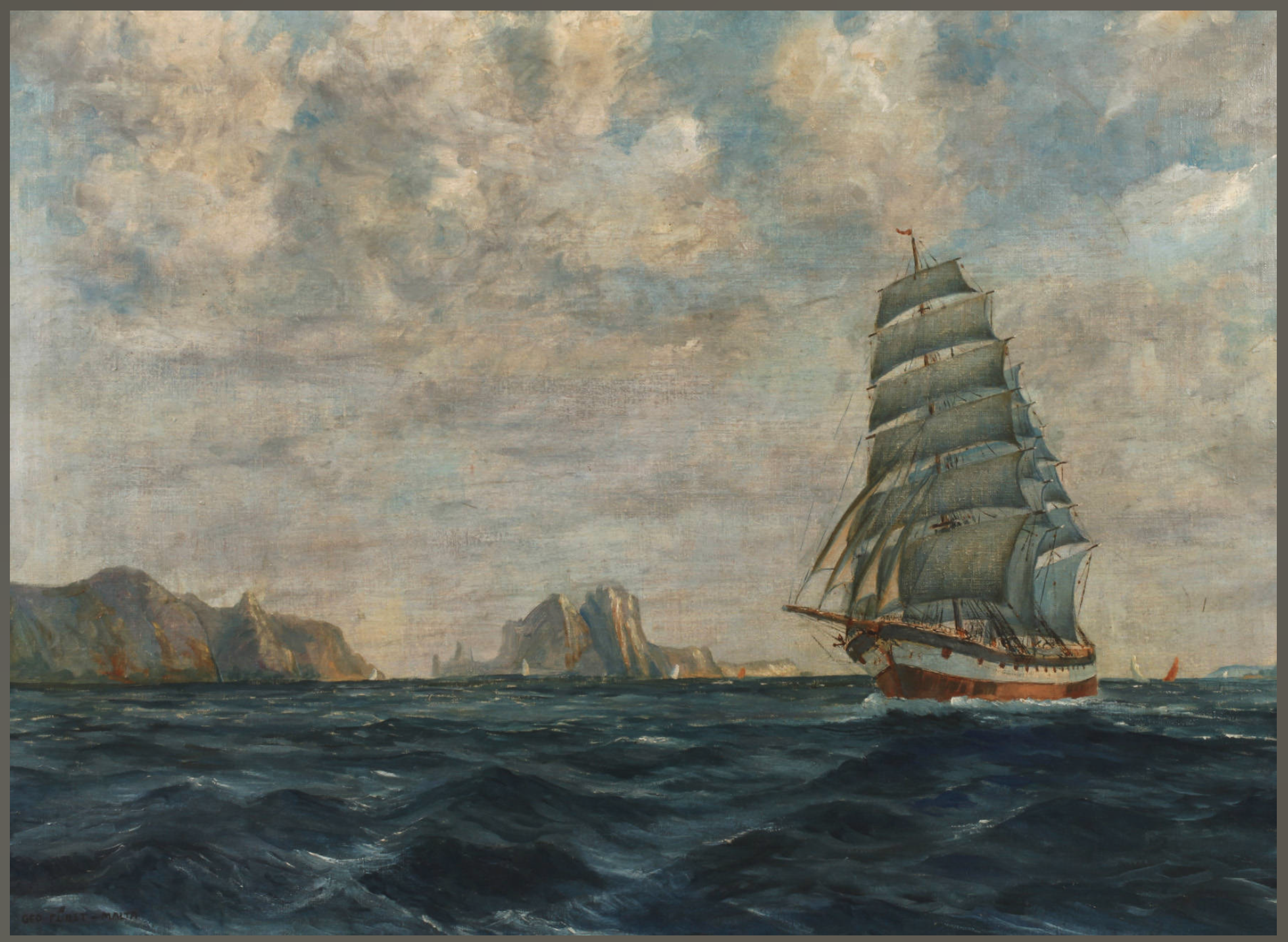