Endres Tucher VI (1551-1630) bought the Simmelsdorf estate through a family foundation in 1598 after a long legal battle. The Tucher family fought for the castle even though its technical state was far from perfect. The reason was that purchasing the estate was connected with acquiring special rights assigned to it. The Simmelsdorf estate was located in the area that belonged to the emperor, which meant that its owner had the right to a noble title (the knighthood and the aristocratic title of baron was mentioned earlier).

The first mention of the Simmelsdorf castle comes from 1195, when a contemporary chronicle reads about a castle of “Sumilsdorf”. Later, another chronicle mentions the name “Symleinsdorf” in 1350. The name was used again in 1350 together with the name of the owner of the castle, Dietrich von Wildstein II, who was obliged to fortify the building. In 1366, the castle was bought by Emperor Charles IV and from that year on, the house of Turriegel von Riegelstein resided there. The Tucher family took it over in 1606 and made significant amendments to it by adding a new part. 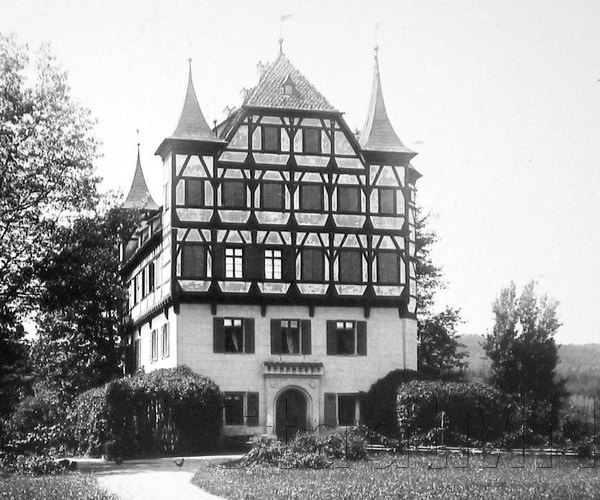 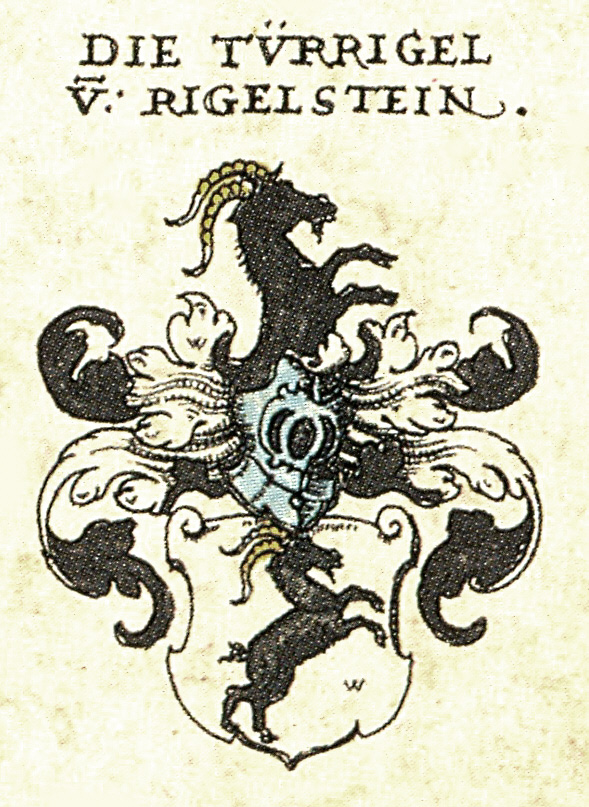 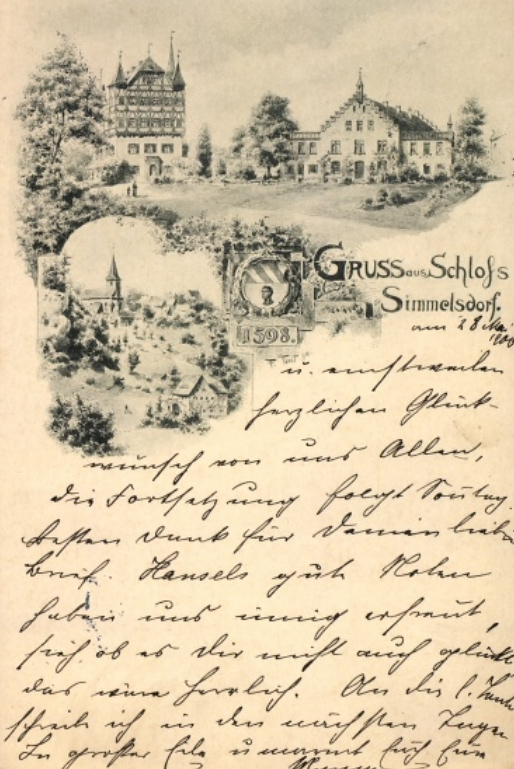 A postcard showing the old and new parts of the Simmelsdorf castle and the Tucher family’s coat of arms (left).