A POLISH TOUCH IN THE ARCHITECTURE

Upon entering the property, a gorgeous monumental stairway leading to the main entrance can be seen. On both sides of the entrance door, hidden in the shadow, there are two terracotta sculptures of notable Italian scientists: Galileo di Vincenzo Bonaiuti de’ Galilei and Alessandro Volta. 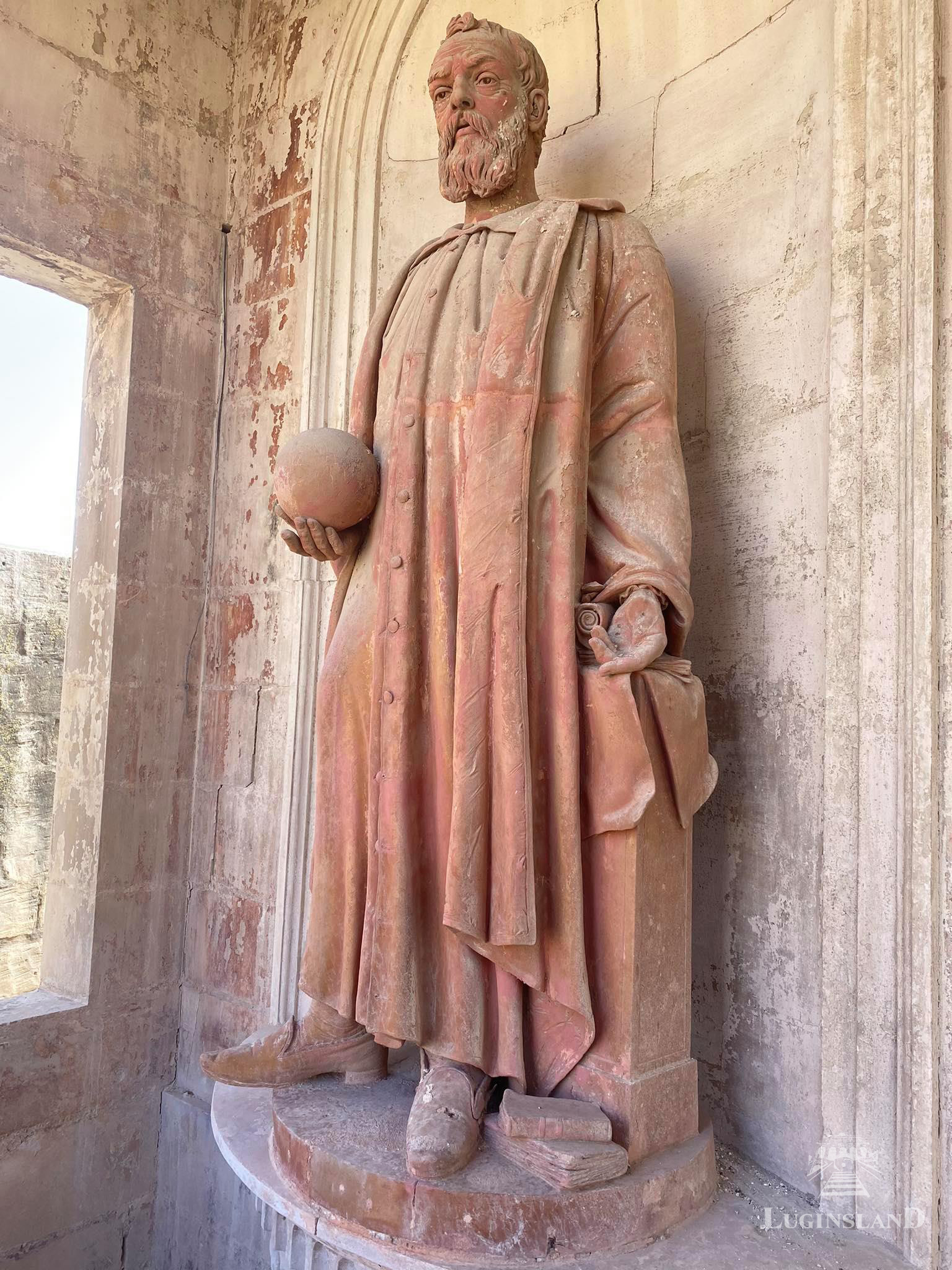 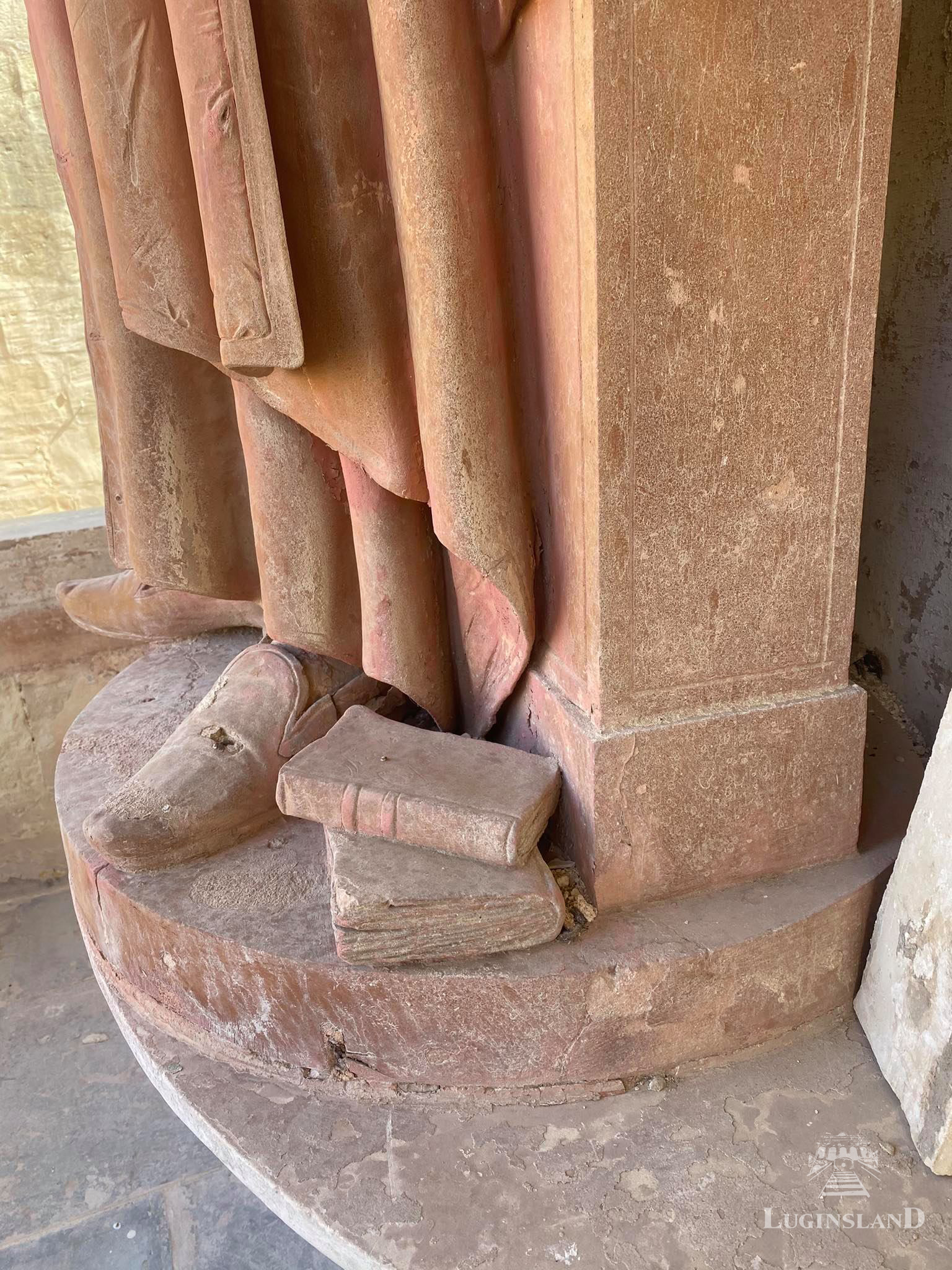 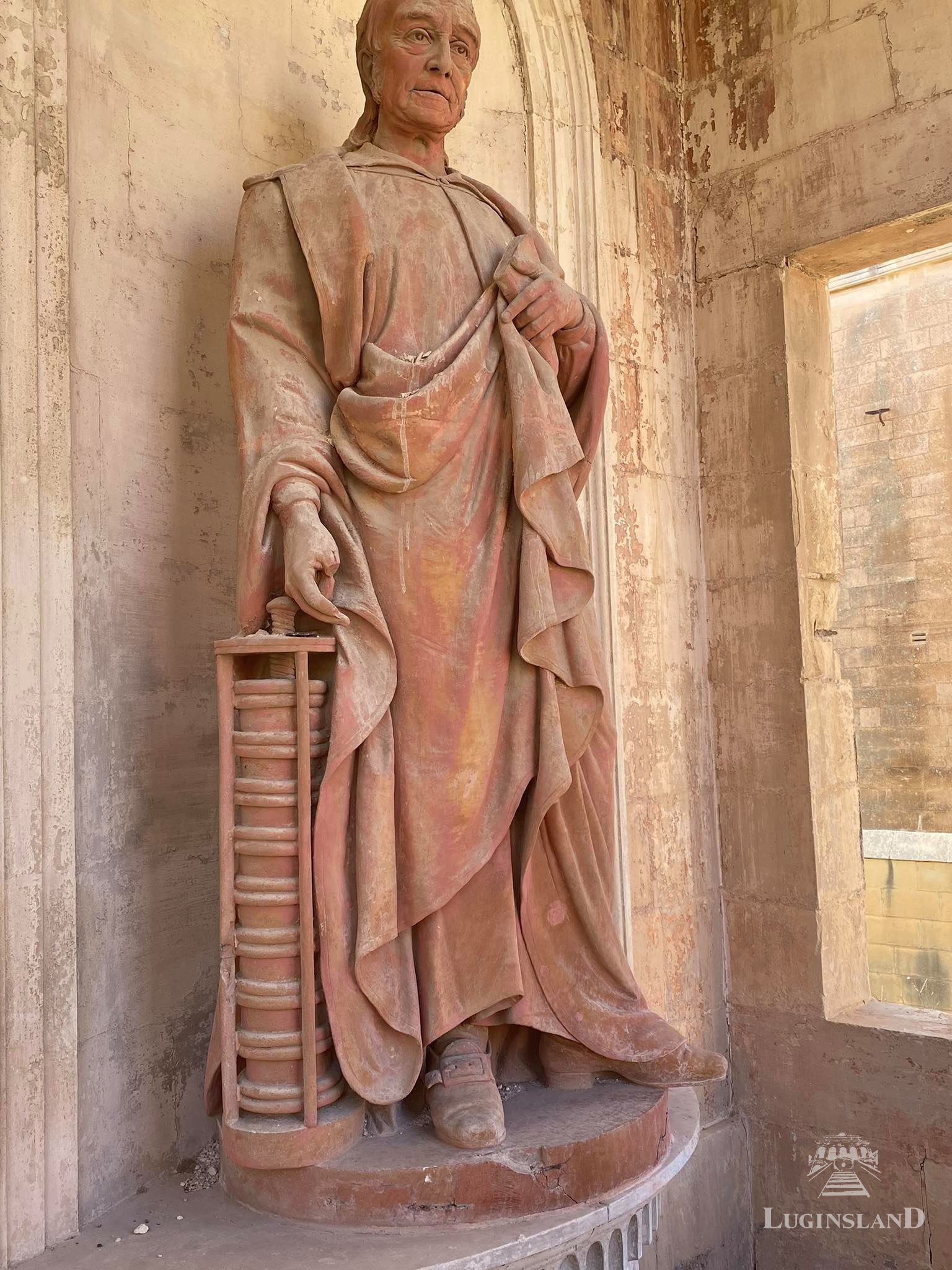 Galileo, the father of observational astronomy, modern physics and modern science, was born on 15 February 1564 and died on 8 January 1642 in Arcerti. He was an Italian astronomer, mathematician, engineer and philosopher. He formulated the basis for experimental mathematical research methods in natural sciences, studied velocity, gravity, free fall and projectile motion as well as applied science and technology describing the properties of pendulums and “hydrostatic balances”. He invented the thermoscope and various military compasses and used the telescope for scientific observations of celestial objects. Looking at Galileo’s sculpture, we can notice books lying at his feet: it is the work of Nicolaus Copernicus!

Alessandro Volta, the father of the measurement unit of the electric voltage, was born on 18 February 1745 and died on 5 March 1827 in Como. The Italian physicist became known mostly for his work on electrostatics, pneumatics and meteorology. He spoke Latin, French, English and German. Owing to Volta, it became possible to detect small electric charges in vapour and smoke as well as other substances.

Astronomy has always been considered an extremely elite science.

The photos show the remains of the paint which used to cover the arcades. Red-brick colour was the colour of the aristocracy and can be found in the most prestigious rooms of Renaissance.

The style of porches, terraces and arcades refers to the best Renaissance designs known from Italian castles and palaces. In Mediterranean buildings, i.e. those exposed to high solar activity, arcades play a special role. Not only do they serve as an atmospheric place providing shelter from the scorching sun, but also cool the air around, as temperature in the shade is lower.